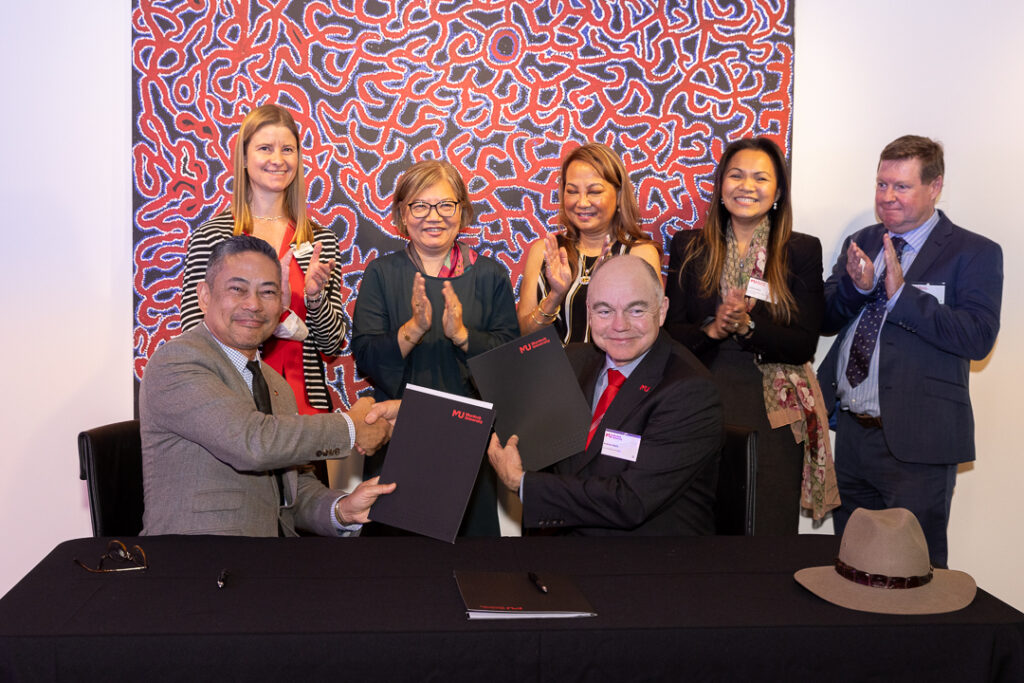 The Australia Philippines Business Council (APBC) and Murdoch University (MU) committed to promoting and developing biosecurity management plans focused on bilateral trade with the signing of a Memorandum of Understanding (MoU) between the two organisations held 30th May at the Murdoch University Art Gallery in Perth.

The MoU paves the way for great synergy between the two entities, combining APBC’s advocacy of greater trade and investment between the Philippines and Australia with Murdoch University’s expertise–through the Harry Butler Institute–in sustainable development, enabling business to deliver maximum economic value to the community while safeguarding the environment.

Biosecurity plays a critical role in maintaining Australia’s status as one of the few countries to remain free from the world’s most invasive pests and diseases.  Developing biosecurity planning and protocols for Philippine products will enhance their market access as well as international competitiveness.

The MoU defines the framework of the collaborative partnership with specific objectives including establishment of relevant trade related biosecurity management plans, identification of biosecurity risks and mitigating strategies and training of local staff to undertake and manage the process. Collaborative activities such as seminars, workshops and academic meetings are also part of the MoU.

In their respective speeches, Ambassador De La Vega, Professor Deeks, Professor McKirdy and Cabrera all underscored the new partnership’s role in strengthening Australia-Philippines engagement through the development of programs and activities in areas of shared priorities.