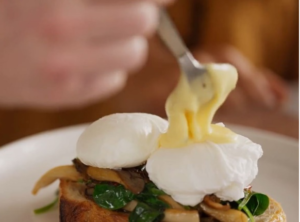 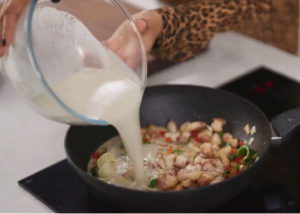 Lazy Sundays mostly start with a late breakfast, and there is no substitute for the Aussie favourite Eggs Benny. In Episode Nine of the Australia Philippines Business Council’s YouTube production – A Taste of the Philippines, Australian renowned chef Adam Hall showcases his vegetarian version. 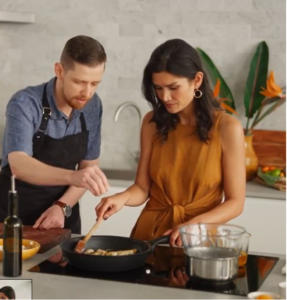 Adam Hall fell in love with Filipino cuisine after visiting his wife’s family in the Philippines, and has spent his time learning more about its culture and food.

He is the founder of Kanin Project: something a little different to his usual content. It is a once-a-month popup showcasing the flavours of Filipino cuisine, complimented with Australian ingredients. It is run by Adam and his Filipino wife, whose passion is borne from many years travelling around the Philippines and studying the food.

In Episode 9, Adam showcases his version of a vegetarian Eggs Benny, substituting the traditional ham or salmon for mushrooms!

Click here to experience the tastes of the Philippines through Adam’s narration of his version of Eggs Benny with mushrooms form Tasmania! 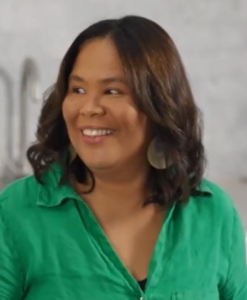 According to her LinkedIn page – Louisa believes the enjoyment of food lies at the heart of life’s best pleasures and experiences, and no one knows this better than this photographer and cook.

As a lifestyle photographer, Luisa has worked with many of Australia’s leading publishing houses, including Prestel Publishing New York, Hardie Grant Publishing, Penguin Random House, Murdoch Books and Thames & Hudson. Her images have been featured in a range of best-selling cookbooks.

From concept to distribution, Luisa has also worked across two highly successful Kickstarter projects of her own – Alphabet Family Journal and the Wild Adventure Cookbook. This work went on to be recognised by the prestigious James Beard Foundation in 2019.

When Luisa isn’t busy capturing the best elements of food and lifestyle for her clients, she works as a talented home cook herself, having appeared on numerous national television shows including The Cook Up with Adam Liaw, Taste of Australia with Hayden Quinn and Buzzfeed Australia’s highly popular test kitchen videos.

At her core, Luisa is driven by the power of food and the way it connects friends, families and communities. In A Taste of the Philippines Episode 10, Lusia shows us her version of Smoked Bicol Express, a Visayan way to spice-up Pork Belly with coconut milk, chillies, and spices.

Click here to view the creation of Bicol Express by Luisa Brimble.