Christmas is only a few days away and as happens every year in Australia – we see people madly scrambling to make their last-minute purchase and food shopping.

In stark contrast, preparations in the Philippines for this Christian holiday starts as early as September when Christmas decorations are beginning to appear on main avenues, side streets, malls, and open markets. The Filipino’s deeply rooted Christian faith blends seamlessly in with the festivities and of course the abundance of so much food! By now you would know that Filipinos do not need an excuse to prepare food, but these festivities provide that very excuse anyway.

Therefore, it should come as no surprise that the APBC launches its fifth and sixth YouTube Episodes as our Christmas Special, paying homage to Palawan’s Kinilaw and the native Ube, a purple yam used as the key ingredient in a popular Aussie dessert! 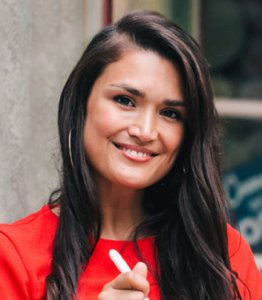 Yasmin Newman, Author of two Filipino Cookbooks, “7000 Islands” and “Under Coconut Skies”, and the host of our APBC YouTube Series, “A Taste of the Philippines” takes to the kitchen and showcases her version of Kinilaw.

Kinalaw is a raw-fish specialty of Palawan, a group of islands consistently ranked as one of the best in the world by Conde Nast Traveler and has two important UNESCO heritage sites that continuously attract travellers to witness a wonder of the world.

Kinilaw na Isda is likened to the Peruvian Ceviche. But Yasmin takes this dish to another level with her inspirations from native ingredients including pineapple, “calamansi”, coriander, ginger, red onion, and the key ingredient “sukang tuba” a naturally fermented vinegar from the floral sap of coconut trees. Also known as coconut vinegar, it is often recognised as the cornerstone of Filipino cooking.

Click here to experience the tastes of Palawan through Yasmin’s narration of this exquisite Kinilaw na Isda. 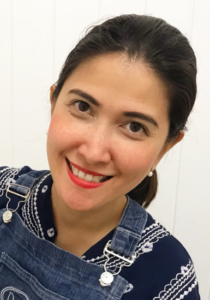 Rejoice Thomson is a Pastry Chef and owner of Dovetail on Overend, a much-loved cafe in Norman Park (inner-city suburb in Brisbane). Her cafe is well-known for gluten free baked treats. Dovetail on Overend was named by Beanhunter as one of the Top 10 Cafes in Australia, and the cafe has been featured in numerous publications (newspapers, magazines), on TV, and the internet.

In this episode, Rejoice makes a favourite Aussie dessert and adds a Filipino twist to it – she calls it a Mini Ube Pavlova.

One may ask, what is Ube? Ube is a Yam, a purple spud related to the orange sweet potatoes. Though similar to sweet potato in shape and size, Ube has darker skin and deep purple flesh. According to Rejoice, Ube has a nutty vanilla taste.

Though Ube is originally native to the Philippines, it is becoming an international sensation for its unique colour and sweet, starchy flavour.

Click here to experience the tastes of Ube Pavlova and on special occasions ….. a dash of Bundy Rum – just in time for the festive season.